IME Pay Interest Rate Increases to 6.03%; Enjoy the only Interest on Digital Wallet 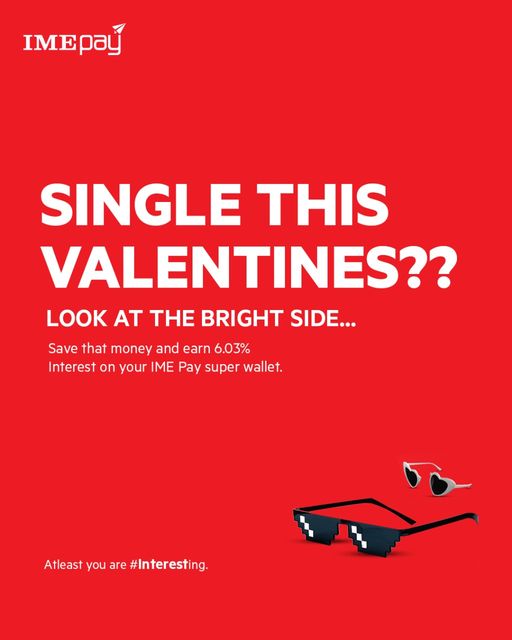 IME Pay interest is the only one of its kind among the digital wallets in Nepal. The wallet IME Pay has revised its interest rate on 13th February.

Why has IME Pay increased its interest rate?

As the liquidity crisis is increasing in the country, NRB is trying to bring back the money supply to a controlled level. The banks also do not have enough funds for credit.

IME Pay is the only wallet that is providing interest rate on wallet funds. Unlike other wallets, you can get interest on the amount you load in your IME Wallet. Hence, you will also save in a digital wallet like IME Pay.

The interesting thing is that, if you are single and have saved enough money this valentines, this is your opportunity to earn. Normally, the interest rate in IME Pay is similar to that you’ll get in the bank’s savings accounts.

Moreover, you have additional facilities in IME Pay:

IME Pay has virtual visa card which you can get it for free from your IME Pay wallet. It works like a debit card but has a digital presence such that you can access your card in your own mobile wherever you are.

You can scan any QR- Fonepay, Smart QR, Union Pay or its own, IME Pay QR which helps for interoperability.

Since IME Pay is the unit of remittance giant in Nepal- IME Group, you can receive remittances from 200+ countries.

If your KYC is verified and you keep a balance of more than Rs. 1000, you can upgrade to “Superwallet.” The interest is automatically credited to your IME Pay wallet every three months, according to the Nepali calendar. IME Pay has expanded its services to cover the entire country of Nepal, providing financial services to the unbanked. IME Pay has made it possible for rural residents to keep their money safe and secure while collecting interest, despite the lack of access to financial services.

IME Pay is a digital wallet developed by IME Digital Solution Ltd., Nepal’s first licensed provider of digital payment solutions. It has the highest number of banking partners i.e. 100+ among digital wallets in Nepal. It has 2500+ agent networks. IME has been a household name for remittance for most of the people abroad and their recipients back home. Hence, IME Pay is not just a digital wallet. It is also a digital bank, a digital remittance company and a digital ATM. You can not only make payments but also get interest from it.

So, enjoy this higher rate of interest in IME Pay and embrace to the digital lifestyle.

You can download IME Pay for Android phones from Google Play Store and for iOS devices from App Store.

Also read: List of C-ASBA Charges for Different Banks: Check which Bank has the Lowest Fee