WorldLink Celebrates 25 Years of Service in Nepal: Serves Internet in 73 Districts Including Remote Areas of Karnali

Nepal’s Largest Internet service provider and third-largest telecom company in Nepal, Worldlink has today completed 25 years of service in the industry.  Worldlink is Nepal’s largest Internet service provider and the third-largest telecom company in Nepal. It carries 43% of the country’s Internet bandwidth and has widespread coverage covering 73 districts including the remote areas of Karnali. Furthermore, the company is the highest taxpayer and largest employer in the field of IT. It is also the 10th largest VAT contributor as per the year 2076/77.

WorldLink: 25 Years of Journey in Nepal

Launched back in 1995 with e-mail service at a time when people were unfamiliar with the concept of internet and e-mail, Worldlink progressed slowly through the ranks to reach where it is today. Along the way, it gained numerous achievements and brought major innovations to Nepal’s market. In 1996, the company made the first commercial use of Linux in Nepal and followed it with the launch of dial-up Internet service the next year. It expanded its service outside Kathamandu in the year 1999 which was the same year it established VSAT for international bandwidth.

In the year 2000, Worldlink launched wireless broadband internet service, and over this decade made rapid progress. Some of which included its partnership with Akamai to setup first content cache in Nepal, setting up a Nationwide VSAT network connecting major cities, Launch of cable internet service, establishing national wireless backbone connecting major cities as well as Cross border fiber for international bandwidth, and partnering with Google for Content Cache. This period saw major leaps made by Worldlink to make itself a firm placeholder in the market.

However, Worldlink didn’t slow down there it then launched of 10Mbps cable Internet service, fiber-to-the-home (FTTH) broadband, SafeNet for Child Online Protection IPTV service, and Free Public Wi-Fi service in Nepal. It was also successful in the Enablement of IPv6 in Nepal and providing Broadband internet service in the most remote parts of Karnali. The company got recognition from the Government of Nepal with the National ICT Award and gained Foreign Investment by CDC during this time as well.

Currently, Worldlink is connected in 4,08,500 households, 10,030 Public Locations with over 2.1 million users. The company has recorded 1.2 Tbps Network Traffic Utilization and has 1,51,000 daily Public users. The IPTV launched by the company has also been doing exceptionally well with 1,84,500  subscribers to date. Worldlink houses 3950 employees and has 2720 enterprise customers as well.

Also Read: Most Prevailing Internet Service Providers in Nepal || Why are they Popular?

All in all, over the 25 years of its operation Worldlink has contributed significantly to the ICT field of Nepal with major innovations and quality of service.

We at Techsathi would like to heartily congratulate Worldlink Communications on its 25th Year Anniversary and for its unmatched contributions and accomplishments in Nepal’s ICT sector. WiFi Nepal: Get internet at the cheapest price; 80 Mbps at just Rs. 500 per month 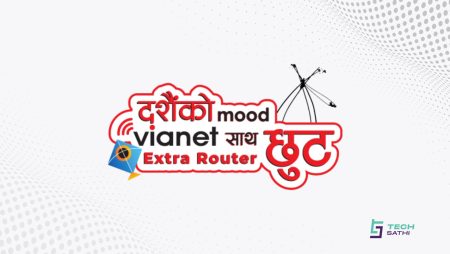 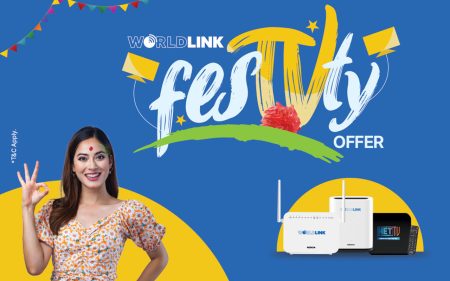