Smartphones are evolving constantly so as the increment in RAM consumption. Nowadays smartphone games have become RAM hungry and require 6-8 gigs .   RAM management has become challenging for smartphone manufacturers these days. To address the demand , Companies have come up with a new feature called “Virtual RAM ” with the use of DRE technology. Recently companies like  OnePlus, Vivo, and Realme introduced Dynamic RAM Expansion (DRE) technology that lets the phone use a certain portion of internal storage as RAM. Vivo claims that users can use up to  3 GB of internal storage as virtual ram in its latest x60 flagships and OnePlus is doing the same. Xiaomi is rumored to introduce this feature in miui  12.5. The concept seems quite interesting and useful, but let’s find out what virtual RAM or Dynamic ram expansion means? How different is it from your regular RAM on phones? and how effective it is?

What is DRE technology?

DRE stands as the short form of dynamic ram expansion technology which uses the internal storage as a ram to store information for a short time  It is a basic memory management approach where secondary memory can be used as a part of the main memory. We have seen this technology much earlier in laptops and PC’s and the same technology have come to mobile devices.

How virtual RAM can be useful in smartphones?

Virtual RAM isn’t a replacement for physical RAM. They work alongside the main ram and acts as a secondary in smartphones. The capacity to hold information in RAM increases as a result multitasking becomes smoother. The application load times will be reduced. A significant difference can be seen when launching games or apps after a long idle time. As claimed by Vivo its +3 ram can cache 20 apps simultaneously. This frees the primary ram so that it can function on recent foreground apps whereas VRAM holds the background processes.

How effective is virtual RAM?

Talking about the effectiveness, Virtual RAM can be very effective in providing a seamless smartphone experience. It helps to manage tasks more efficiently and considerably improves smartphone ram management by grouping the relevant and irrelevant tasks. Virtual RAM is not a sophisticated RAM rather it is a storage space which means the speed of VRAM is considerably slower than that of RAM, it cannot function independently and isn’t volatile 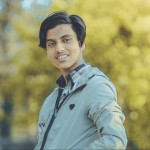