Gender equality and women empowerment are a hot topic globally. There have been continuous efforts to eliminate gender disparity. Yet, we still find that in many societies women this problem still exists. People still don’t send girls to school, women still are not allowed to work, and so on. This prevails in many societies of our country itself.

In light of this, Rakuten Viber has partnered with UN Women in efforts to promote Gender Equality and Women Empowerment through technology. The main motive of Viber is connecting people no matter who they are or where they are from. They provide a platform where they believe users are free to express their emotions regardless of who they are. Therefore, this union with UN Women for the cause fits right into their motto. It has a massive global presence with a wide range of communication services. Their services include voice calls, one text, video calls and more are. Likewise, there is a fundamental belief that every woman has a right to live freely on which UN Women Nepal has been established. They shouldn’t have to suffer from violence, discrimination, poverty, and gender disparity.

This union of Viber and UN Women Nepal has brought the launch of a Viber community and two sticker packages. They will be dedicated to the cause of gender equality and women empowerment. Through the community the aim is to bring together like minded people having similar interests.

Furthermore, UN Women will be sharing insightful messages with the help of images, infographics, and videos in this community. The aim is to reach key target audiences, spread information, and raise awareness on topics such as social norms, gender roles, inequality, and the need for empowering women, girls, and marginalized groups. There will also be occasional audience polls and sticker packages. It is an effort to encourage interaction with the audience and raise awareness through the chats.

Innovation and technology provide numerous opportunities to reach communities. Through their partnership with Viber, they aim to generate awareness and bolster their efforts to succeed at their motive.

Its great honor to partner with UN Women for such a noble cause. He also added that together they aim to address these critical issues which exist in our society and raise awareness among the citizens.

Yes, the messages and information on Viber may or may not directly reach the people affected by women violence but it can reach the people who can put in efforts to help the ones in need. Therefore, this partnership between Viber and UN Women Nepal to use technology in generating awareness is substantial. 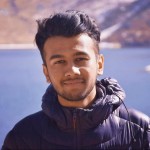 An aspiring entrepreneur with passion for writing and innovation.