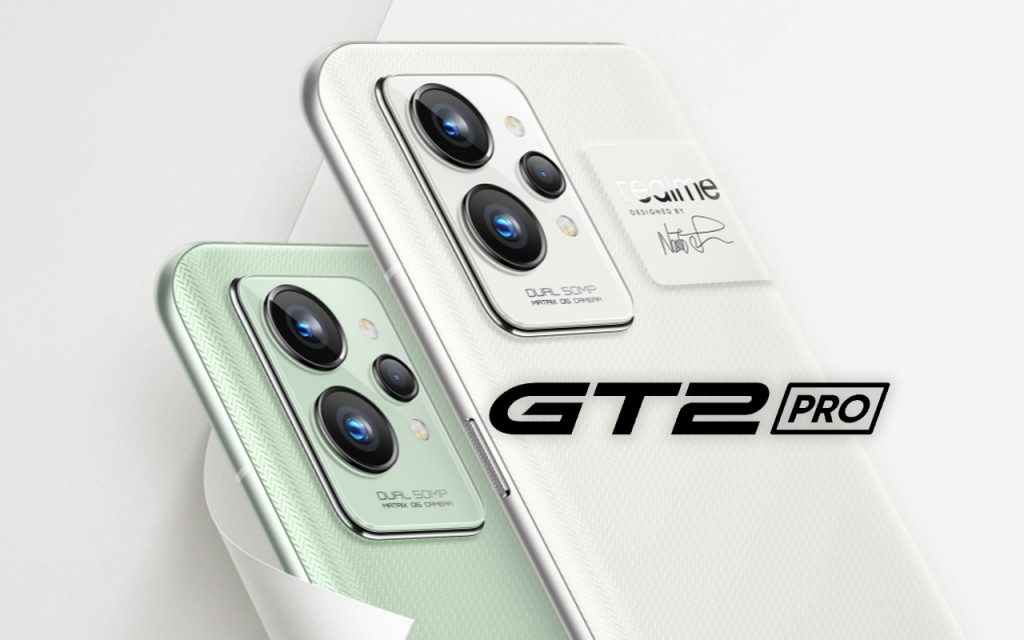 We can expect it to be available in the market very soon and according to some leaks, it can be available in April for Indian Market, the Realme GT2 Pro price range for the device is as follows in different countries.

Paper White, Paper Green, Steel Black, and Titanium Blue are the four available colors for this smartphone and it has Corning Gorilla Glass Victus on the front for protection. It weighs similar to the most popular smartphone which is around 189 grams. The display is 6.7 inches long with an LTPO2 AMOLED panel and it has a 120 Hz refresh rate with a brightness of 1400 nits at max. 1440 x 3216 pixels resolution is supported in this Smartphone and has a 74.8% screen-to-body ratio.

Realme GT 2 pro comes with 8 GB RAM and internal storage of 128 GB UFS 3.1. Since it is the first and most well-produced Flagship smartphone from Realme and we can figure it out because of the SoC used in Realme GT2 Pro. They have used the latest Qualcomm SM8450 Snapdragon 8 Gen 1 and you can expect the performance to be smooth. Realme GT2 Pro has used a cooling system and can feel a high gaming experience from the device.

Realme GT2 Pro works on Realme UI 3.0 based on Android 12 and video hoping from apps to apps would have little to no delay as it has a 120 Hz refresh rate and Quad HD+ display.

Realme GT2 Pro comes with a triple camera setup which is the new norm in the smartphone industry. The rear camera has a 50 MP wide main camera and an 8 MP ultra-wide camera which can cover 150-degree angles. It also has a 3 MP microscopic camera. For the primary camera, Realme has used Sony’s IMX766 sensor, and it also has Optical Image Stabilization (OIS).

The front camera is 32 MP and it can capture video at [email protected] fps. It is 26 mm wide and has features like HDR and panorama.

Battery and Other Specs:

It has a battery which has a capacity of 5000 mAh and comes with 65 W fast charging. According to the advertisement Realme, GT2 pro can be charged fully within 33 minutes. If you love wireless charging then I have bad news for you, yes, it does not have wireless charging support. The GT 2 Pro has a total of 12 antennas and supports up to 48 global 5G bands. Stereo speakers, Wi-Fi 6 connectivity, and 360 degrees NFC are among the other features.

With the addition of the newest chipset from Qualcomm, Realme has introduced its newest flagship and everyone in Nepal is eagerly waiting for the release of Realme GT2 Pro. It has a 5000 mAh battery and you can expect it to last a day.