Neuralink is a company founded by Elon Musk and other 8 partners ( a group of experts in different areas) which focuses on developing implantable brain-machine interface (BMI). Neuralink has hired several high profile neuroscience since its founding. The company was started in 2016 A.D. Neuralink had aimed to start experiments in human from 2020 but was later pushed to 2021.

The video shows a nine-year-old monkey named “Pager” playing Pong, apparently using only his mind. The implant was done six weeks before the demonstration. The monkey was first taught to play video games with a joystick in exchange for Banana Smoothie. The monkey can be seen drinking Banana Smoothie from a metal straw in the front. You may see the monkey using joysticks, the joystick was disconnected from the computer after the implanted device recorded information about which neurons were firing to learn and predict hand movements by recording which regions fired. The company has said that, “MindPong is an initial demonstration of the potential capabilities of its technology.”

How does it work?

As aimed by the company, after implanting the device (brain-machine interface) on your brain, you would be able to communicate and control the machine. The device aims to be able to send and receive electrical signals through your brain which would help you control machines. But as of now, the company claims that you will be able to control basic things like your smartphone and computer. The company claims that one day its product could help to treat brain disorder and help patients suffering from paralysis to use their devices using their mind. 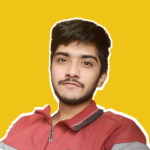