Nepal Rastra Bank has finally brought Nepal QR- Standardization Framework and Guidelines into effect from March 1, 2021.
On 27th January 2021, the payment systems department of NRB had issued a consultation document inviting suggestions regarding the draft of this guideline policy.

The use of QR codes in digital payment has been growing as a trend out of convenience these days. Acknowledging this movement of people towards adapting to the digital age, Nepal Rastra Bank has also shown its keen concern towards finding out ways to facilitate digital transactions, in the capacity of the central bank. From providing licenses to the PSPs and PSOs for proceeding with their operations, to allowing for international payment, NRB has now shown up with the guideline policy with the aim to regulate and facilitate the QR Payment System in Nepal.

This guidelines policy has imposed a set of rules for all those entities who are linked with the Quick Response (QR) code payment ecosystem which consists of the network members like acquirers, issuers, merchants, customers , Payment Service Providers (PSPs) and Payment Service Operators (PSOs).

This 26 pages long document has been prepared under the following prime frameworks:

To ensure interoperability, scalability and security, the following major set of rules are to be imposed upon the concerned parties mentioned above: 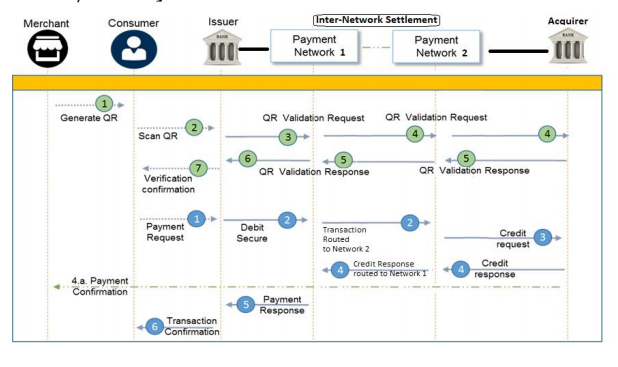 How would Nepal QR benefit the users?

This guidelines policy has stressed upon interoperability of the QR-based payments as a primary objective. As of now, NRB has suggested for any PSOs participating in NepalQR to have payment interoperability setup at a technical level with a proper settlement mechanism such that the users could pay through any wallet they have. This could reduce the hassle of downloading different apps for QR code payments according to the QR codes provided by the merchants.

This also frees the customers to choose the payment option, payment method, or instruments while they are paying through the QR code.
For instance, if you have the Prabhu Pay app, you could now pay through the QR code provided by IME Pay. However, this integration in the network infrastructure is yet to be developed, for which NRB has left the issuers and network operators to opt for prompt initiation of this task.

Similarly, this guidelines policy has barred the QR code service providers from charging any fee to the users. This would reduce the cost of paying through QR codes which reveals the main essence of digital payment systems i.e. to provide quick, safe and convenient payment service at a reduced cost

Benefits to the Merchants

Along with the users, merchants would also be equally better off with the imposition of this guidelines policy. As prescribed there, the acquirer reconciles and credits the merchant account post service fee deductions. It would be more efficient after the implementation of an integrated settlement process as mentioned in the figure below. 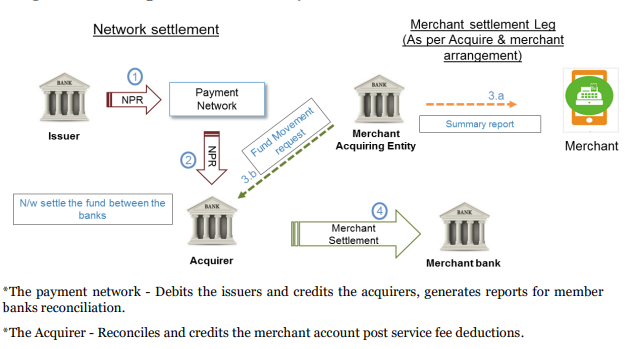 Since all the checks, cards and payments are now settled in the back end with higher security, accuracy and promptness, then the reality is not far away when QR payments could be settled, disregard of any wallet people use.

With nine PSOs and 18 PSPs providing QR-code payment services in the country, there is a dire need to provide a common platform that would provide a one-stop solution for all the QR-code-based payments. The Nepal QR- Standardization Framework and Guidelines has aimed in establishing the foundation, in the legal aspect, for the integrated system for the payment and settlement of transactions via QR codes. For that, it has stressed the obligation of the QR-code payment service providers like BFIs and digital wallets to ensure the data security of the customers. NRB has the right to reprimand those merchants, acquirers, or issuers who do not comply with this set of guidelines while providing QR-codes-based payment services.

NRB has played its role to support the formulation of the policies that would create a conducive environment to foster digital payment transactions. This effort alone is not enough for attaining the goal of the digital economy in the near future. Now, it is the due responsibility of the concerned PSPs, PSOs, and BFIs to make their services comparatively better, secure, interoperable, and reliable such that the scan and pay option provided by QR code-based payment services would be commonplace in every nook and corner of the country.