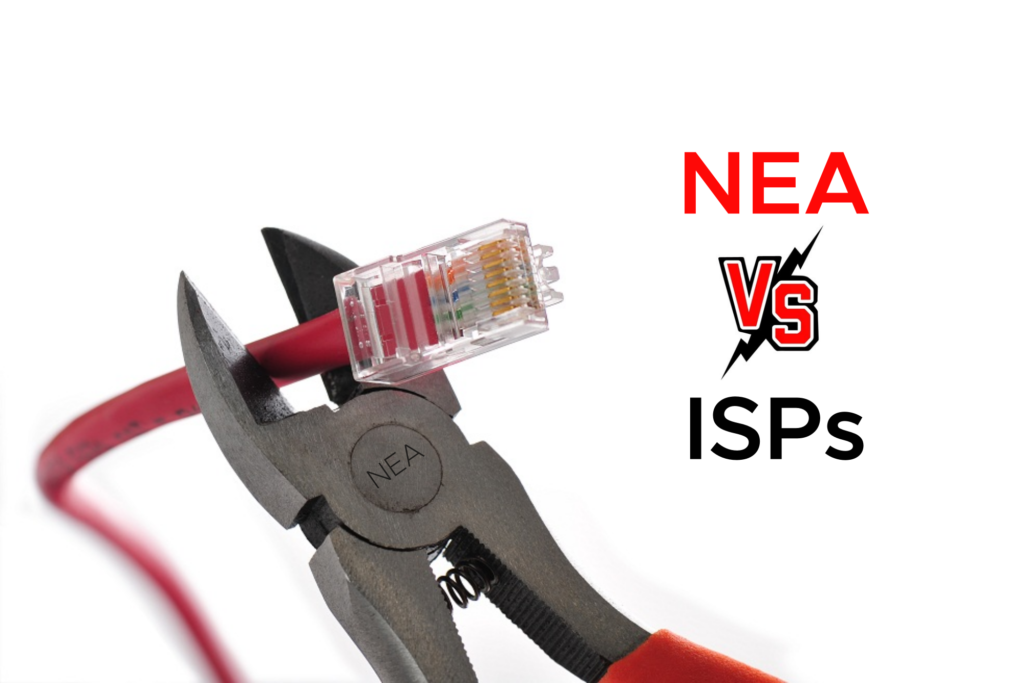 NEA removes the internet cables from utility poles owned by NEA on the premise that ISPs were avoiding paying the pole rental charge as per the updated fee. As Nepal Electricity Authority (NEA) and Internet Service Providers (ISPs) dispute with each other, many internet users across the country are suffering from internet cutout.

Due to this issue, mainly people from some parts of Chitwan, Manigram, Dharan, Dhangadi, Dhankuta, Taplejung, etc are facing internet problems. It is very difficult for common people especially the students who have to attend their online classes. This problem is affecting the day-to-day activities and also the regular studies. Internet users have shown concern as they are caught in the feud between NEA and ISPs.

Since 2019, NEA and ISPs have been hostile when NEA decided to increase the pole rental charge by more than 50% at once. While the NEA has been blaming the ISPs for breaching the rule to clear the dues for the use of the utility poles, the ISPs have termed the NEA’s move to hike the rental charges as unfair.

There are over 100 ISP companies registered in the country, out of which around a dozen are the key players. The utility poles owned by the NEA carry around 80 percent of the transmission cables related to the internet, television, and mobile communications. Most Internet Service Providers (ISPs) and voice operators use NEA’s infrastructure for laying optical fiber and poles to fix their cables.

Furthermore, ISPs have called for help from the Nepal Telecommunication Authority (NTA) to increase internet prices by Rs 150 to Rs 300 per subscriber. In this regard, NTA has also warned Nepal Electricity Authority to not cut internet optical fiber as it comes under essential services.

As per the latest update, Mr. Kulman Ghising has announced that NEA will stop the aggressive process of cutting wires of ISP, Cable operators for now as many users faced difficulties. He also said that It is their duty to pay rent without any excuses. If ISPs do not show commitment to pay the fees owed to NEA on time, he said that such aggressive measures might be yet taken again in the future.