Nepal Rastra Bank has published its annual report of the Fiscal Year 2077/78. Highlighting the milestones it has reached in the 66 years of operation as the Central Bank of Nepal, the document this year was quite impressive as it portrayed the surge of digital payments in the country along with the financial inclusion.

The 24th point of executive summary highlights that the financial access of people towards banks and financial institutions (BFIs) has increased to a larger extent. It is noteworthy that today 747 out of 753 local level governmental units are endowed with the commercial banking services. Data speaks, till the end of FY 2077, there has been a total of 4436 branches  of “A” class BFIS (Commercial Banks), 1029 branches of “B” class BFIs (Development Banks), 243 branches of “C” class BFIs (Finance Companies) and 4057 branches of “D” class BFIs (Microfinance Companies) across the country. Similarly, the number of branchless banking has reached 1574.

Central banks around the world are responsible for facilitating the revolution in finance and payment systems, thereby promoting financial inclusion. Nepal Rastra Bank has also been focusing on contributing as the central monetary authority by facilitating in establishing and improving payment infrastructures, formulating and implementing various legal and regulatory frameworks, encouraging innovations and promoting digital financial literacy.

The Current Scenario of Digital Payments in Nepal

The use of digital payments instead of paper-based transactions is increasing in Nepal as the forward linkage with the rise of e-commerce businesses in the country. Similarly, though the wave of digital payments has hit Nepal late among other neighborhoods, most of the city dwellers are accustomed to using digital payment systems like digital wallets, mobile banking services, QR codes based payments, and integrated payment systems like connectIPS for various transactions and payment activities.

In this regard, under the leadership of the NRB Governor Maha Prasad Adhikari, digital payment system has been widely used in the country in the last year, and is still going on. The picture of him personally using a QR code payment in the vendor market of Naxal, Kathmandu created a huge buzz.

Be it in the Virtual Inauguration of Singapore Virtual FinTech Festival or our own Digital Nepal Conclave, he has shown his presence and highlighted the commitment of the central bank in developing the digital economy and promoting the financial system of Nepal.

Similarly, there are other numerous commendable steps taken by the governor on behalf of NRB so as to ease the effort of both the government and the private sector in building the foundation for digital Nepal.

Currently, the digital payment spectrum of Nepal can be summarized as in the following:

Now that we have known about the current scenario of digital payments in Nepal, let us know the policy level efforts made by the central monetary authority, NRB itself in fostering digital payments.

In this ongoing tenure of the Governor Maha Prasad Adhikari, NRB has supported digital payments in the following ways in his leadership:

These are noticeable efforts made by the team of the Governor at Nepal Rastra Bank to strengthen the grip of digital transactions in the economy. Still, there are more issues left to be solved in case to spread digital payment access around the country. The leadership of Maha Prasad Adhikari as the 17th governor of NRB has proved to be a boon for uplifting digital transactions. With his 21+ years of intensive experience in the Nepal Rastra Bank and as the CEO of Investment Board Nepal since 2016, he has been trying out as much as possible to contribute as the governor of NRB. We hope this effort continues and also the public-private partnership (PPP) would exist in making Nepal a digitized economy. 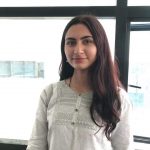