iQOO is a sub-brand of Vivo announced a couple of years ago. With the aim of launching interesting devices that everyone would prefer, they have delivered them since the establishment. This year, we’ve witnessed great phones that have given true competition to some of the big companies in the market. This time, iQOO has launched iQOO 7 and 7 Legend smartphones with very competitive pricing that aims to take on the flagship OnePlus phones launched this year. So, let’s take a look at the phones with full specifications and expected price in Nepal.

The back of the phones looks almost similar to Vivo V20. There is iQOO logo on the camera housing at the back. The only difference in the back panel is that Legend version has three colored stripes. Power button on both the phones has blue accent. The front of the devices has got a dot notch to hold the front camera.

One of the highlight of the device is its display. Both 7 and 7 Legend has 6.62″ FHD+ 120Hz AMOLED display with HDR10+ support as well. The display has 300Hz touch sampling rate. The company claims to have a separate intelligent display chip to enhance the viewing experience. They also have MEMC technology, which means it will insert extra frames between games you are playing to improve frame rates intelligently. The display can go up to whooping 1300 nits bright, which is incredibly bright even under direct sunlight.

Both the phones includes flagship 5G chip-set to quench your thirst for gaming and other heavy tasks. iQOO 7 has got Qualcomm Snapdragon 870 processor, which is an overclocked version of already great 865+. Under the hood of 7 Legend, we will get latest and greatest Snapdragon 888 which is based on 5nm manufacturing process. Both the phones include flagship CPUs to compete with the likes of OnePlus 9 and 9R. In terms of cooling technology, 7 has has larger 6000mm2 covering the liquid cooling system inside of it, while the 7 Legend has 4096mm2 large cooling sheet that covers vapor chamber and a heat dissipation motor. So, heating on the device should be expected to be minimum.

The devices feature triple camera setup on the back. The primary sensor is a 48MP, f/1.79 lens with OIS support. Other sensors include 13MP wide-angle/macro lens on both of them, 13MP 2X Optical zoom on Legend and 2MP mono lens on 7. The front selfie camera is of 16MP resolution. Both the phones can record 4K videos at 30FPS.

iQOO 7 has 4400mAh battery, whereas the Legend variant has got just 4000mAh capacity. They support 66W fast charging support that can fully charge the battery in around 22 minutes(as advertised). There is no 3.5mm headphone jack on them. Inside the box, you will get iQOO branded earphones as well. The fingerprint scanner is located inside the display(optical). 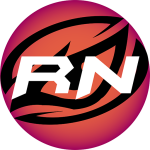