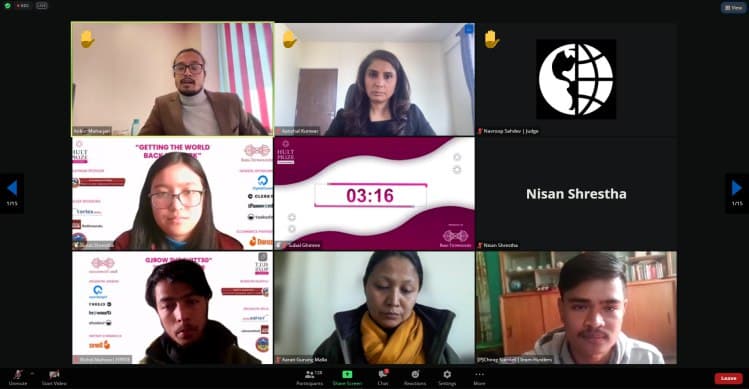 After many successful events, starting from orientation programs at various colleges, four entrepreneurship talk series, two workshops, and two mentorship sessions, each with enthusiastic participation from participating and non-participating members alike, the most awaited day have successfully played out. The grand final of the Hult Prize at IOE 2021/22 was successfully conducted on Saturday, February 12.

What Happened in the session?

The event began as the media coverage manager Ms. Suniti Shrestha welcomed the audience and congratulated the eighteen finalist teams while commenting on their perseverance for having come so far. After a short briefing on the Hult Prize, the campus director reminded participants of the theme of the Hult Prize 2021/2022. He also thanked the entirety of participants, the organizing team, judges, mentors, sponsors, facilitators, and volunteers who joined hands to bring the prize to glorious success. He summarized the journey of the Hult Prize at IOE so far and hoped to create a long-lasting impact on society through these events.

In the same way, Miss Suniti reminisced about all the times when unforeseen challenges and setbacks had to be overcome and how with the joined efforts and involvement of everyone involved, the great mountains of challenges were surmounted. The entire organizing team introduced themselves, and the volunteers, campus representatives, sponsors, and media partners were introduced. The campus representative of KEC, Ms. Sayana Rai talked about her experience with being in the position and how her misconception about the Hult Prize and what it represents changed for her after her shared experience with the rest of her team and how she learned a lot about entrepreneurship and design thinking.

The Chief Strategy Officer at Bajra Technology, Mr. Sreeyan Poudel gave a key-note speech where he talked about his personal experience and experience through Bajra Technology and encouraged the audience to understand the culture, mindset, and environment through case studies and research on which your project is based all the creating what makes sense to you. If there are ideas similar to their own, to look upto them and constantly reflect on your experience, learn from it and extend their boundaries. He ended his inspiring session by congratulating the participants who have come so far in their journey and promising the participants to guide them beyond the events regardless of their results.

The project manager from the team Vertex Nepal, Mr. Ashok in his speech expressed his wish to have entrepreneurial events as such a permanent occurring in Nepal and expressed his willingness to sponsor programs pertaining to entrepreneurial development and incubation in Nepal. He appreciated the coordination and presentation of the organizing team and wished the participants the very best for their future endeavors and promised to guide and assist them beyond the Hult Prize if it is required.

Mr. Yubraj Basnet from the Ministry of Social Security and Employment talked about how COVID has affected job prospects, made thousands of people suffer unemployment, women, micro-enterprises, and women being the ones most affected. He, thus appreciated the theme of the Hult Prize as it is one of the direst challenges facing the people, government, and economy of Nepal. He urged the participants to stay crazy and chase their crazy ideas and incorporate new technology.

Ms. Bahar Kumar, the director of the new impact hub expressed her excitement in Nepal being recognized as one of the innovative players in the economic ecosystem in her welcome note. She emphasized the need to transform the world into a better place for the present and future by creating jobs, having a positive environmental and social impact, and being a part of the larger global community through collaboration rather than competition. She urged the audience to reach out and be a part of the impact hub to create a larger ripple through their ideas.

Subsequently, after key-note speeches from the recognized personalities, the pitch was just around the corner. Before starting the pitch, Suniti introduced the amazing panel of judges, briefed the participants on the rules to be followed, and announced the prizes that the winning teams will be taking home.

After the pitches were successfully completed, the first guest of the day Mr. Sanup Poudel talked about his musical journey which started at a very young age, and the flourishing of his musical career. He remembers being the most motivated by his family and school and college companions. He talked about how being a musician in Nepal is different from being one in other nations due to various factors but which are slowly but surely changing with time, most majorly due to the introduction of digital platforms. He serenaded the audience with some of his most requested songs. He also talked about his experience with the Voice Nepal which he explained as “phenomenal”. He also addressed the audience’s queries on the pursuit of music in Nepal.

The second guest speaker of the day, Mr. Dil Bhusan Pathak, talked about his experience as a journalist when the presses freedom has only just begun in Nepal and his life-changing experience reporting from Karnali and how witnessing the poor situation of people in the mid and far western region of Nepal shaped who he was as a person and finds himself committed to them still. In this generation of many choices, he urged the audience to realize what it is that they are passionate about and to follow it with all their heart. He talked about his objective behind the initiation of the Tough Talk which he started in order to create a platform where essential but tough questions could be addressed at the time when confusion was great but creating dialogue was tough.

The next guest Mr. Aakash Khadka serenaded the audience with four of his most beloved and requested songs after talking about his journey as a musician and discussing his future projects. He talked about his experience with YouTube and how he realized his calling for music. He remembers the lockdown as a positive time when he could work on his projects and start songwriting. He urged the audience to not give up and be affected by criticisms in order to move forward.

The next inspiring guest speaker of the day was Mr. Anil Keshari Jha, the first CEO of Nabil Bank of Nepal. He shared his experience with looking for his dream. He urged young people to explore all the other opportunities and not just look at one possibility of life. He encouraged the students to keep moving forward, taking head-on the challenges life throws at them, and focused on leadership qualities while urging them to learn the team they have to lead. He ended his speech on a positive note with a hopeful message that our yesterdays are brighter than our tomorrows and expressed his confidence in the youth of today to create a better society.

The next guest to grace the event was none other than Mr. Sameer Shrestha who had the audience swooning over his melodious musical performance. He, too, talked about how he realized his calling as a musician and what inspires him to create music. He admitted to having his songs inspired by imagination as much as personal experiences and explained the background story behind three of his songs which he amazingly performed upon the audience’s request. He motivated the audience to be their authentic selves and never give up on their dreams.

The next guest Mr. Oasis Thapa, a popular Indie musician of Nepal shared his history of musical experience of over 8 years, even though he officially debuted about 5 years ago. He has written some of his most beloved songs after his own personal experience and heartbreaks.  After talking about the story behind each of his requested songs, he gave the audience an extremely soothing performance.

The next guest, Mr. Sanjog Koirala, emphasized the need for personal development and skillset acquirement in one’s life. He explained today’s world as one of dynamism and versatility so he urged the audience to learn skills in their free time and to develop an authentic personality and confidence above all else. Rather than waiting for the right time, he urged the audience to grab onto any opportunity that reaches them and to explore the possibilities. He talked about the significance of taking steps to materialize your ideas rather than just talking about them. By warning the audience of the difficulties of start-ups, he asked the audience to not seek instant gratification but to consistently put effort and be patient.

The next guest, Ms. Reecha Sharma, while reminiscing her own past encouraged the audience to take one step at a time, to find in yourself what you are good at, and make the best out of it. She talked about how different it was being an actor and a producer and enjoyed sharing her experience working with Mr. Khagendra Lamichanne. Addressing sensitive issues such as mental health and harassment, she focused on acceptance as the key to keeping moving forward and maintaining mental balance.

The next judge Mr. Joe Morrison had an interactive and jolly session with the audience. The chat sessions were in full blast and the passion for the sports was clearly visible. Joe talked about his past and his various career paths of the past and present. He also fondly recalled his experience in the Everest Base Camp and Namche Bazaar. He admitted to having wanted to become a farmer at one point in his life. He addressed the queries of the audience and talked about the prospects of various football clubs and matches every sports fanatic has been desperately looking forward to.

The last guest of the day, Mr. Madan Krishna Shrestha fondly recalled his days working with Mithila Sharma. He recalled how he first met his life-long acting partner Mr. Hari Bansha Aacharya and how meeting him and his own wife has made his life truly complete and successful. He gave a quick recap of his starting days as a comedian and how he is constantly inspired by his own partnership with the actor Hari Bansha Aacharya. He addressed the often misunderstood career path of an actor and how an actor and any other artist can express in split seconds what words take years to explain. He urged the audience to never drop their passions mid-way due to discouragement and to always persist.

At the end of the program, Mr. Nishant, a representative from Bajra Technologies announced the Team MeasureMe.AI as the winner of the “Bajra Best in Tech” award and presented their prizes, along with inviting them to intern with them at Bajra Technologies. Mr. Madan Krishna Shrestha, then announced the team to position themselves as the Second Runner-up, Team Mushoor, and the Team Meem as the First Runner-up. The Team MeasureMe.AI was announced as the winner of the Hult Prize at IOE 2021-22. Each of the winning teams was presented with their respective prizes and with this, the glorious journey came to a glorious end.

What is Hult Prize?

Hult Prize is an annual social entrepreneurship competition that challenges students to build businesses that contribute to and create a pathway for a better world. It was started by Ahmad Ashkar in 2010 with the vision of ’empowering business minds to pursue purpose’. Presently, Hult Prize has a $1 Million global startup prize. 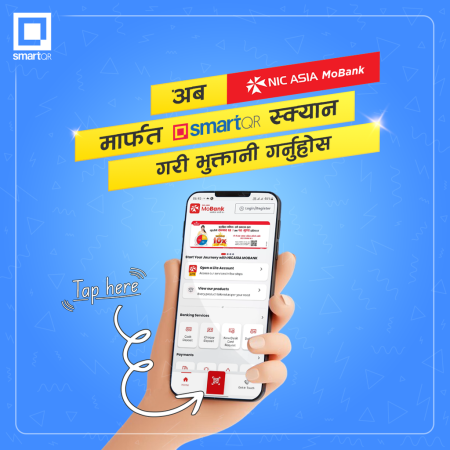 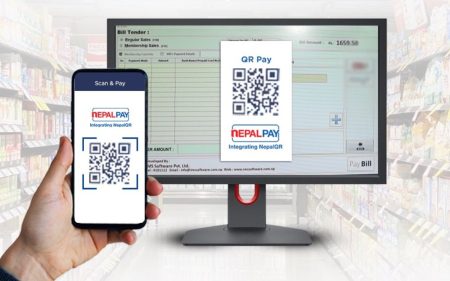 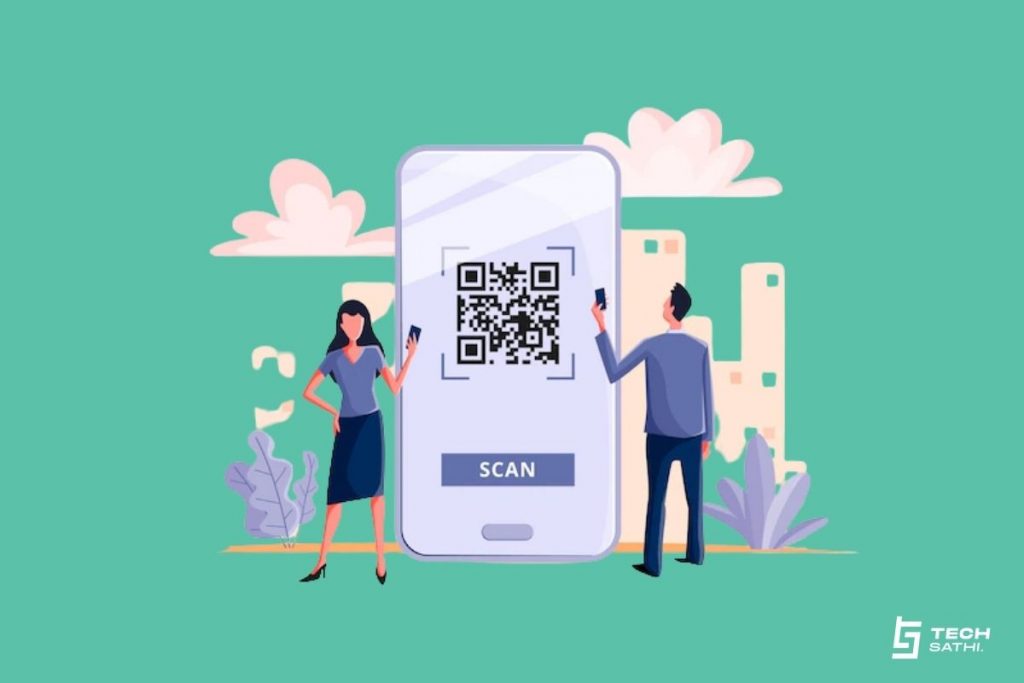 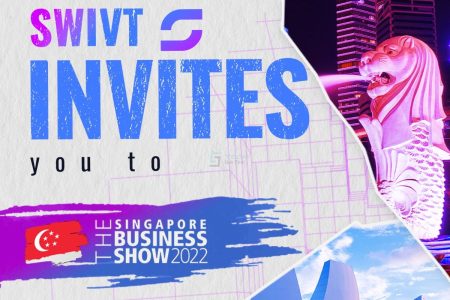