Are you not getting refunds on public vehicle fares? Digital Payments might be able to help The recent hike in the fare price of public vehicles has lately been the talk of the town. Most of the travelers are complaining about having to pay more than the actual rate of fare. The minimum rate of traveling through the public vehicle inside the valley is Rs 18. According to the Ministry of Physical Infrastructures Development, the newly set travel charge by public buses for 5 km is Rs 18 only. However, the majority of the travelers are not getting back refunds from the public vehicles. Once you get on the bus, a tempo, or a microbus, you need to pay at least Rs 20 these days.

Tisha, a college student says, “I got into a bus yesterday from Tripureshwor to Jamal. The fare collector charged me Rs 20. I asked him to refund Rs 2 since the distance of my travel wouldn’t cost Rs 20. As expected, he refused that. What else could I do? Everybody was paying the same amount in minimum. Only I was there asking for the change. I just gave him a twenty rupees note and got off the bus”.

This is an everyday story of most of us while traveling in public vehicles. And some of us might even have a bitter experience of arguing with the drivers and fare collectors.

Why do the vehicles refuse for a change?

If we see from the side of public vehicles, they point out that the commuters themselves should carry coins on their own for a change. However, most of them intentionally charge more, blaming this on the recent hike in the price of petroleum products. According to Nepal Oil Corporation, the weekly average price of 1 liter of petrol is NRs 128.5. Similarly, the weekly average price of 1 liter of diesel is NRs 111.5. The price is ever-increasing since our supplier country India is also experiencing the hike. Most of the vehicles are charging higher than the minimum price set by the Ministry of Physical Infrastructures Development.

In the case of Sajha Buses, you can pay a minimum of Rs 15 with an ID card. However, these buses are mostly available on the main routes. And we are pretty aware of the speed, right?

Still, the question is – Do we always carry coins to pay the exact fare amount? Literally, not. Yeah, some of us who know the value of Rs 1 do carry coins and ask for refunds too. But do the public vehicles always refund us our change? Not really! Instead, one needs to argue with them and sometimes, things can go worse too.

Well, we do not need to play the blame game here. However, all the travelers can unite anonymously and ask for their change in the public vehicles.

As a student of Economics and a personal finance management enthusiast, I suggest everybody to ask for your change during travels in public vehicles.

More than that, here are some ways which our innovative minds have suggested in a Facebook group.

Yes, digitization can solve this issue. Still, there are some underlying problems in the implementation

There have been some efforts to introduce some innovative digital payment systems in public vehicles before. Some of the prepaid card payment systems like Yatra card had started providing these services for public transportation. It issues a special kind of card designed to use in the payment of fares in public vehicles. The commuters can load up to Rs 25,000 on this card and pay by tapping the Pax machine installed inside the public vehicles. The machine reads the ID of the travelers on riding and leaving the vehicle and deducts the exact amount of the fare from that card based upon the distance of travel.

In such a case, you can also get back the changes in small denominations. For example, if the bus fare is Rs 17, the machine deducts Rs 17 from your card. In this case, you do not need to carry coins or argue with the bus staff for a change.

This is one of the revolutionary ideas for digital payments in public transports. However, the commuters still prefer to pay in cash. Also, the public vehicle owners and staff are not much invested in encouraging their customers for this product.

Last time, I rode on Chandragiri Yatayat which had the Yatra card. From Sundhara to Thankot, nobody paid through the Yatra card’s machine installed there. Even, the bus staff didn’t bother in informing the commuters about that machine.

Why is it difficult to implement digital payments in public vehicle?

These types of automatic fare collection systems are pretty new for users in Nepal. And most of them are still unaware of the usage methods of these. Also, we need to use data for paying through digital methods like QR codes or even digital wallets. So, the problem is that public vehicles need to install internet connections like wifi for rendering these services.

This requires a huge digital transformation from both sides. Both travelers and public vehicles can together establish a digitized public transport system in Nepal. We can be hopeful that, if not sooner, fare payments in public transport can be digitalized within the next 5 years or so. While the government is bragging about the smart licenses for vehicles, it can run literacy programs through media or campaigns for promoting these new technologies.

As a part of it, the Yatra app is also contributing to making people aware of this fintech product through meetings, training, and feedback collection. Still, the usage of these digital methods is rarely done even inside the Kathmandu valley. Even the youths like us who can easily adapt these technologies choose the cash payment option. Well, it is a matter of time that digital fare payment might be commonplace someday. And then, we would not need to complain on social media or in our “chiya guff” that the bus staff refused to repay us Rs 2-3 in every ride. How To Apply For Audition Of Comedy Champion Season 3? 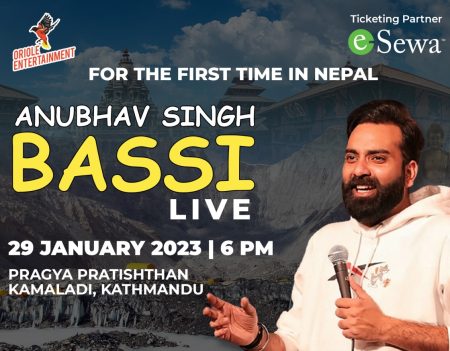