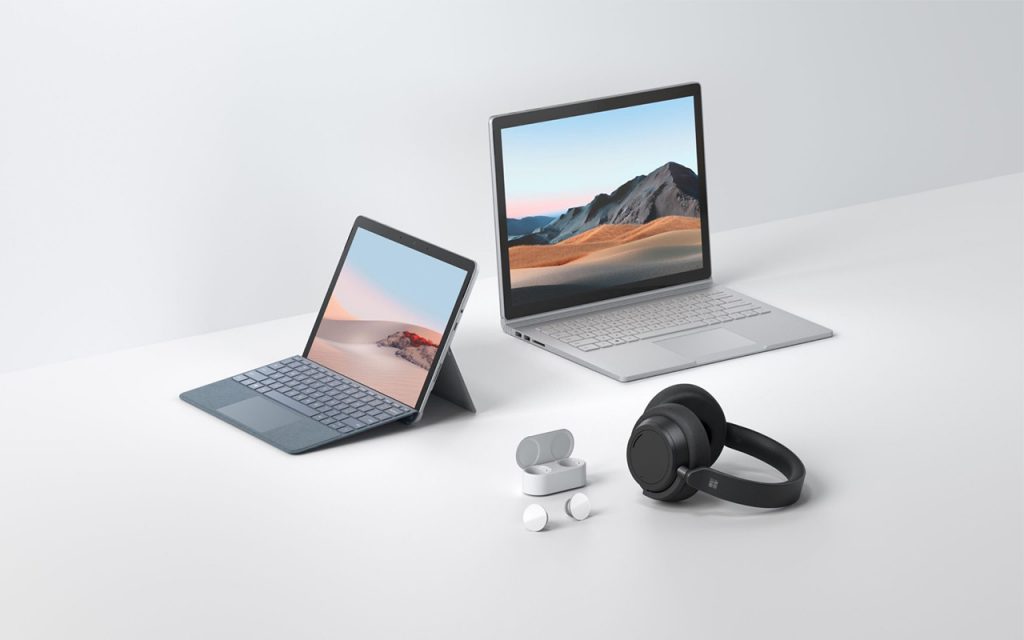 Microsoft has unveiled its most powerful and cheapest Windows 10 PCs, the Surface Book 3 and Surface Go 2, as it adjusts to continue operations during the pandemic.

The Surface Book 3 is Microsoft’s next-generation high-power portable PC featuring a similar laptop with detachable tablet design as introduced in 2017. It is available in 13″ or 15″ versions, and ships with 10th-generation Intel Core processors, which gives it up to 50% greater performance than the Surface Book 2 from 2018.

Alongside Nvidia GeForce consumer graphics processors, Microsoft has also added the option for Nvidia’s Quadro graphics chips for the first time, which are commonly used in workstations in academia and commercial settings.

Microsoft has also revamped its cheapest Windows 10 machine with the Surface Go 2. The new tablet has a larger 10.5in screen in a similar-sized body compared with its predecessor, with optional detachable Type Cover keyboards similar to those available for Microsoft’s Surface Pro 7 and Pro X.

The Surface Go 2 has Intel eighth-generation Intel Core M processors, which make it 64% faster than the previous version and give it longer battery life. Microsoft has also improved the microphones and given it a five-megapixel front-facing camera designed for crisp video calls even in low light conditions, something that has suddenly become more important during the pandemic.

The Surface Headphones 2 are now available in black with improved sound. Photograph: Microsoft

Alongside the new Surface PCs, which join the previously revamped Surface Laptop 3, Surface Pro 7 and Pro X, Microsoft also launched a new version of its noise-canceling Surface Headphones 2. The headphones form part of the firm’s push to dominate remote working through its Office subscriptions and Teams video chat system.

The new headphones have improved sound quality, longer battery life, and can now be bought in black, alongside the showier original platinum grey color of their predecessors. The Surface Headphones 2 cost $249 in the US from 12 May and £239.99 in the UK from 5 June.

Microsoft also announced that its delayed Apple AirPods competitors, the Surface Earbuds, will finally ship, costing £199 in the UK and $199 in the US from 12 May. The true wireless earbuds with advanced Office integration were originally announced in October last year but were delayed in November.

After starting as a way to introduce new Windows PC form factors in 2012, Microsoft’s Surface laptops, tablets, desktops, and accessories have become a key part of its business, accounting for just shy of $2bn in revenue, up 6% year-on-year. They have also reinvigorated Microsoft’s brand image and seen it compete directly with the likes of Apple on premium hardware and mindshare.