In the smartphone market, the launching and advancement remain to continue along with the availability and competitiveness. From budget to midrange and midrange to Flagships and even the best flagship phones, the companies should have to address all of them. Various phones launches & keep replacing each with the advancement of technology and the demand of the users. The users demand high performance with a good quality camera and battery and many more other services.

In such conditions, to provide all the quality services and mark the user’s demand, flagships are launched every year and claim their phones the best flagship phones. So today we will talk about Flagships phones launched in Nepal to date. We have measured different parameters and considered user compatibility for making the list. Here are the best flagship phones in Nepal.

The table topper of our list is the Samsung Galaxy S22 ultra. This Smartphone is the preceder of the Samsung Galaxy S21 Ultra from last year’s flagship series. Though Samsung has stopped the production of the Note series, the S-series will further the flagship phone Samsung. Samsung was known for the Exynos processor until Samsung Galaxy S22 Ultra arrives as it sports Qualcomm Snapdragon 8 Gen 1 processor, the latest and most powerful one from Qualcomm. It has incorporated many of the exciting features and specs that users hardly can complain about.

Highlighting important features and compatibility of the Samsung Galaxy S22 Ultra, the design almost matches with the Samsung Galaxy Note 20 except for camera housing and the display is a 6.8” dynamic AMOLED display with a QHD+ resolution having a 120 Hz refresh rate and 1750 nits of maximum brightness capacity. The glass features Gorilla Glass Victus+ protection on both sides and an Aluminum frame around it.

In the Performance section, as mentioned before, Snapdragon 8 Gen 1 processor has controlled the overall activities of the phone and provides 8GB or 12GB of RAM and comes with 128GB/256GB/512GB/1TB of internal storage option.

More importantly, talking about the Camera it has a 108 MP primary sensor,10MP periscope telephoto lens with 10X optical zoom, another 10MP periscope lens with 3X digital zoom, and a 12MP ultra-wide lens. The battery is 5000 mAH with 45W fast charging and also supports 15W wireless charging and power share. Other software features like detail Enhancer, Auto Framerate, and Super night solution will be found to enhance camera performance. And for security, there is an ultrasonic in-display fingerprint sensor. The S-pen along with the device is the most necessary one to mention.

Only two variants are available in Nepal and their price is following:

iPhones are always dominant when it comes to smartphones. In the list this time iPhone 13 pro max has the second position. iPhone 14 is yet to launch and thus by end of the year, we can expect iPhone 14 too. iPhone 13 Pro Max is all superior with an upgraded processor, 5G improvements, and new camera capabilities.

As the handset sport, a new 120Hz pro-motion display, MagSafe compatibility, an IP68 rating, a smaller display notch, and an improved front-facing speaker setup. The iPhone 13 Pro Max runs with its own Apple A15 Bionic processor which is the powerful apple mobile processor and boots on iOS 15 as the operating system. The Memory comes with 6GB RAM and 256, 512 GB, 1TB internal storage options.

The superiority of the iPhone 13 Pro Max comes from its camera. It features a triple camera with each 12MP (Telephoto, Wide, Ultra Wide) and a Front camera with a 12MP True Depth for selfies. And the beyond, iPhones are driven by their legacy.

As we already talked about the two other phones but OnePlus also refuses to come behind as it has the potential to compete equally. With a 6.7-inch LTPO AMOLED panel, adjustable refresh rate of 120Hz, and three-camera setup at the back, it also features a sleek design featured with HDR10+ support. The handy and compatible dimension of this smartphone adds beauty to the phone.

In the performance section, Almost all Android Flagship phones are featuring Snapdragon 8 Gen 1 which is an octa-core, 64-bit processor, and the latest of Qualcomm. The phone provides the storage of 12 GB RAM and 256 GB internal storage of UFS 3.1. The software inside is ColorOS 12.1 with the support of Android 12.1.

When anyone talks about the camera of the OnePlus 10 pro, it is an awesome piece of creation with a 48MP primary camera with 50 MP for the ultra-wide secondary camera, and 8 MP for the telephoto camera which can shoot up to 8k at 30 fps and it has auto HDR. The camera bump consists of Hasselblad branding. The more functionalities of the camera consist of ISO control, Auto Flash, autofocus, Face Detection, and Digital Zoom. The Selfie camera is 32 MP and can capture video only at 1080p.

The battery is superb with 5000 mAh capacity which is charged from an 80W fast charger that comes in the box and also supports 50W wireless charging. The rest of the features consist of an in-display fingerprint sensor for security.

Pros and Cons of OnePlus 10 Pro:

Talking about the next flagship on our list, it’s Xiaomi 12 pro. The Xiaomi 12 pro is a surprise flagship phone after Redmi Note 11 series. Along with its specs, its pricing is also very attractive and balanced. To the specs section, it has a sleek design with a little curved screen.  The device has got a glass back with a glossy finish.

In the display section, it features a 6.73″ AMOLED Display with the combined feature of 120Hz native refresh rate with 3200 x 1440 pixels of screen resolution with HDR10+ and Dolby Vision support which means you will get compatible nits of brightness according to your content to the maximum point.

In the performance section, it also has got Snapdragon 8 Gen 1 processor, the most advanced 5G platforms, and a flagship offering from Qualcomm. The CPU has an octa-core design, with Adreno 730 GPU. It provides 8GB/12GB LPDDR5 3200MHz RAM with 128GB/256GB/512GB UFS 3.1 faster storage option.

Taking photos and recording videos will be far better from the  Sony IMX707 sensor for the main shooter for its 50MP primary camera. Adding to this, a 50MP telephoto lens, and 50MP ultra-wide sensor with the Samsung JN1 sensor are accompanying camera modules. In the front, a 32 MP camera will manage.

The Xiaomi 12 Pro gets a 4,600mAh battery with 120W fast charging support. more than that the in-house Surge P1 chip is hosted within, which allows Xiaomi 12 pro to support 120W wired, 50W wireless, and 10W reverse wireless charging.

Read in Detail: Xiaomi 12 Pro is Now Launched in Nepal: Better Pricing and many more

Pros and Cons of Xiaomi 12 Pro:

Overviewing the flagship phones available in Nepal currently, mostly android devices are offering Snapdragon 8 Gen 1. According to pricing, the Xiaomi 12 Pro seems aggressive and well-balanced compared to others. 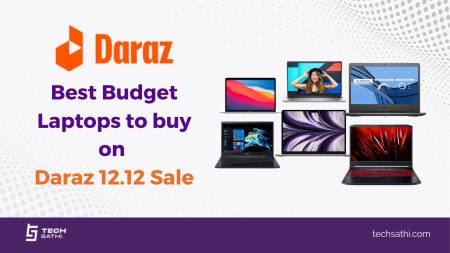 Which budget laptop to buy on Daraz 12.12 Sale? 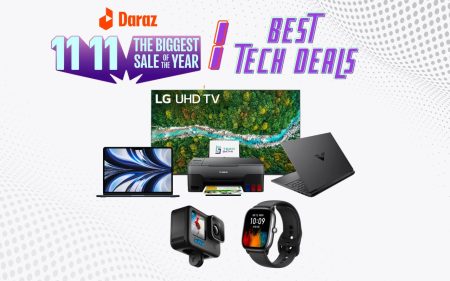 What to Buy from Daraz 11.11 Sale? Here are the Best Tech Deals 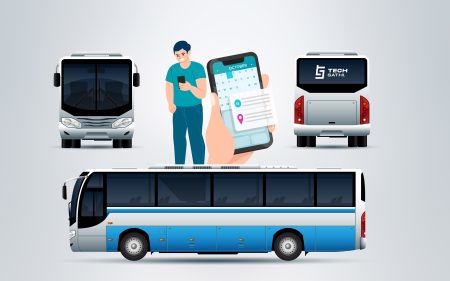 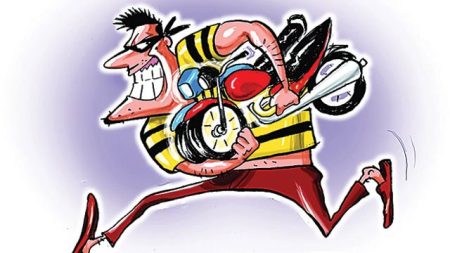